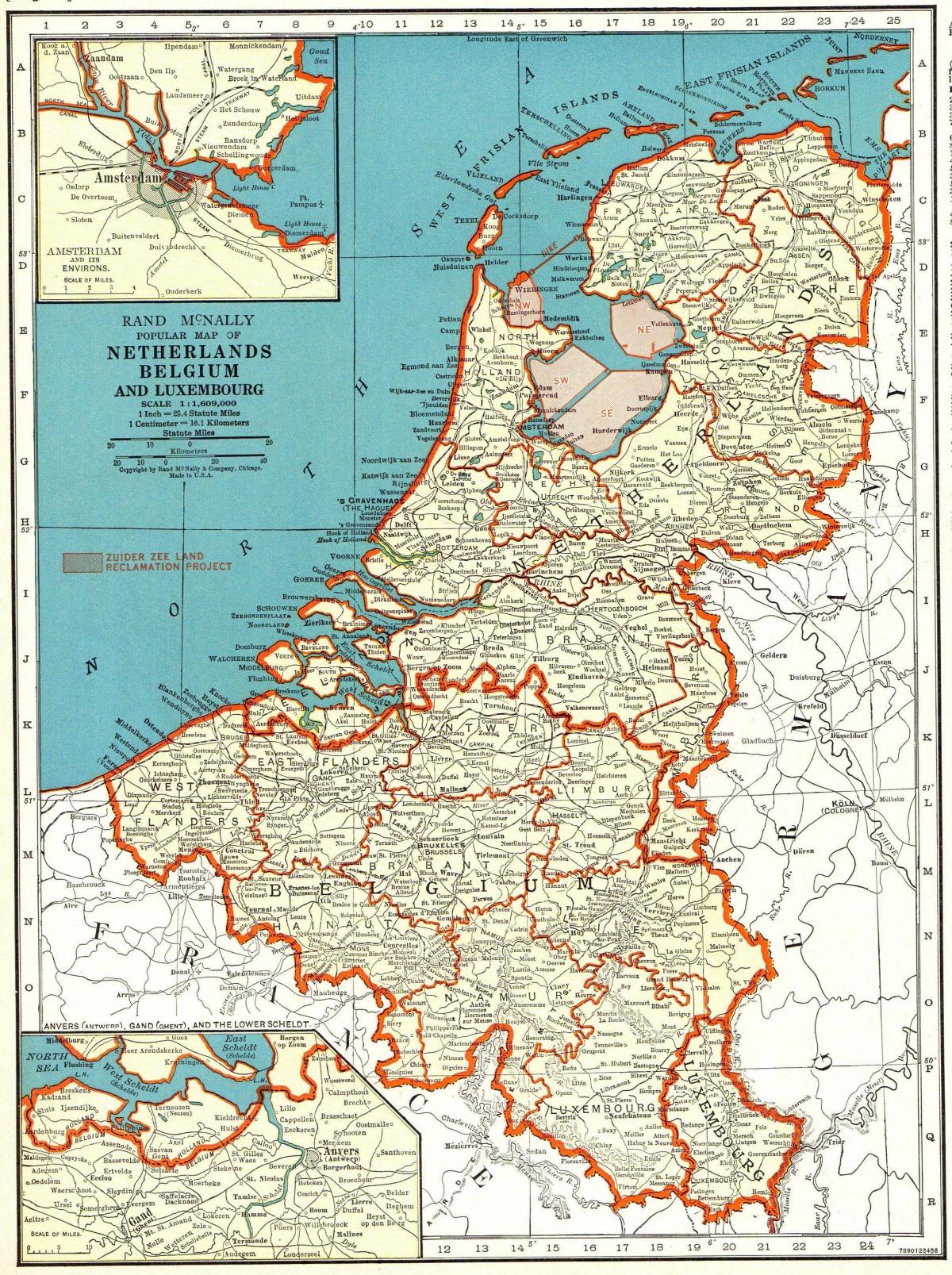 Geographically a difficult area to live, the ancient Netherlands had for its inhabitants Celtic and German tribes as its mentioned in the Ancient Netherlands map, one very important feature - safety. Its rivers, lakes, wetlands, and woods were impossible to cross for the invaders. It is only in the 1st century BC, that the ancient Roman Empire conquered the southern part of these lands establishing an important military post in Nijmegen. North of the today Netherlands remained not conquered nor even invaded. Under the Roman administration, prosperity grew for almost three hundred years.

As the ancient Roman state got weaker, barbaric Germanic tribes started to invade the land. Most powerful of them, the Franks invaded the Netherlands territory in the 5th century and brought the Christianity with them. By 800 today Netherlands was a part of the powerful Franks Empire of Charlemagne as you can see in the Ancient Netherlands map. It is in Nijmegen that Charlemagne built one of his palaces. Tradition says that Nijmegen was his favorite residence, while Aachen (today in Germany) was the empire capital.

After the fall of the Charlemagne Empire (he died in 814) the Low Countries territory of Netherlands has been divided into several smaller states as its shown in the Ancient Netherlands map– ruled by dukes and counts. At the same time, already in the Middle Ages, a strong economical development made the ancient Netherlands one of the richest areas in Europe. Agriculture along with crafts and commerce, rich towns and important trading links reaching as far as Asia and North Africa, transformed the Netherlands into the area where the feudal power has been limited, safety of movement and economical activity established, sustained growth possible.