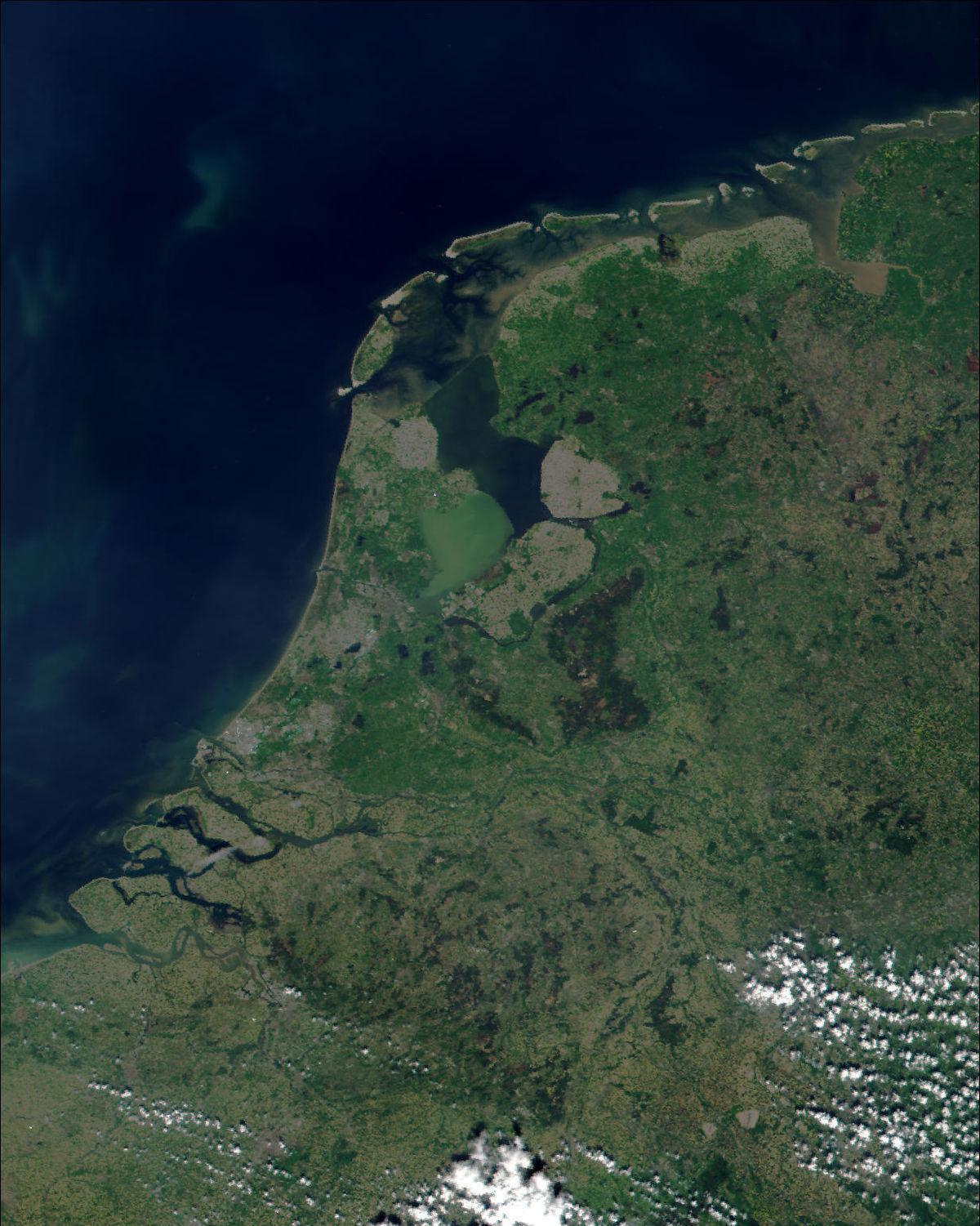 Map of Netherlands from satellite

Netherlands is a country in Western Europe that is slightly less than twice the size of the U.S. state of New Jersey, covering an area of 41,543 square kilometers and bordering only two countries, Germany and Belgium as its mentioned in Netherlands satellite map. The terrain in the country is mainly coastal lowlands and reclaimed polders with some hills in the southern parts of the country. Netherlands has a mean elevation of 98.5 feet (30 meters) above sea level and the lowest point is -7 meters at Zuidplaspolder, while the highest point is Mount Scenery reaching 2,877 feet (862 meters) above sea level.

Netherlands is located in North Western Europe, West and North-West coastline the North Sea as its shown in Netherlands satellite map. Mostly coastal lowland and the land reclaimed from sea (polders); low and flat; about half of the surface of the Netherlands is less than 1 m above sea level, and large parts of it (ca 24%) are actually below sea level. Some hills are only in southeast of the country.