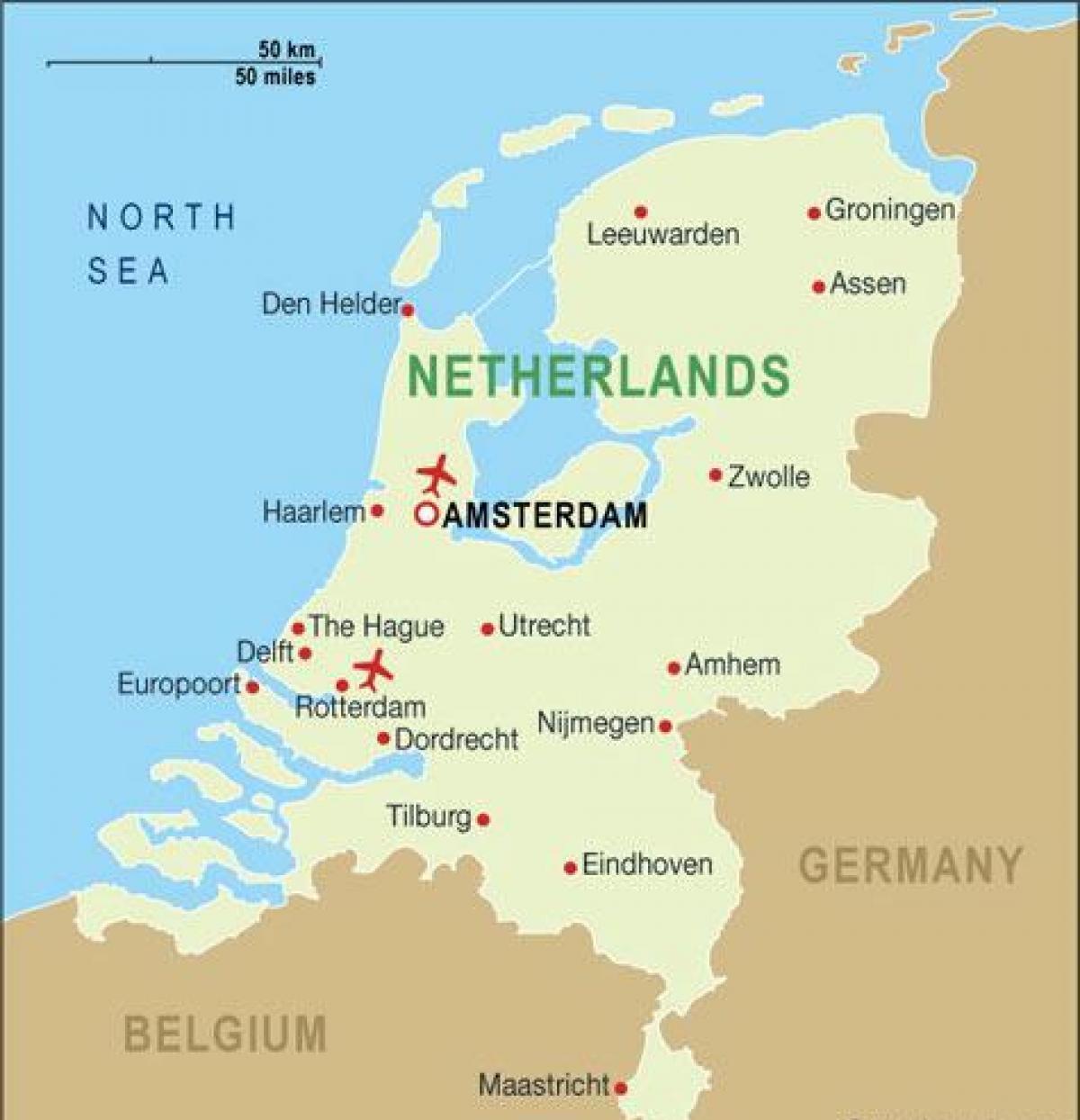 The largest airport by far is Amsterdam Airport Schiphol, which is one of the largest in Europe. Smaller airports with scheduled passenger service as its mentioned in the map of Netherlands airports are Rotterdam The Hague Airport (formerly known as Zestienhoven), Groningen Airport Eelde, Eindhoven Airport and Maastricht Aachen Airport. De Peel, Valkenburg and Soesterberg have been closed as a military airports and are now mainly used by gliders. The future of the former military airport, Twente, is uncertain. After the dissolution of the Netherlands Antilles the airports on Bonaire, Saba and Sint Eustatius became a part of the Netherlands, however they use the TN prefix instead of EH which is used for other Dutch airports.

Schiphol is the biggest, most important and the busiest airport in the Netherlands. It is the fifth most trafficked airport in Europe. It is located in Haarlemmermeer as you can see in the map of Netherlands airports. Eindhoven Airport is like the Dutch hub for numerous European low-priced and small airlines. Its location in North Brabant makes it relatively far from Amsterdam, at least by Dutch standards and values. Rotterdam The Hague Airport is the Netherlands’ third largest airport, coming after Amsterdam Airport Schiphol and Eindhoven Airport.

Maastricht Aachen Airport is a local airport in Beek, the Netherlands It is the second-largest focal point for cargo flights in the Netherlands as its shown in the map of Netherlands airports. Groningen Airport Eelde is a civilian airport near Eelde, in the northeastern Netherlands. Only the following three airlines; Corendon, BMI and Transavia can ground on the two runways of this small airport in Eelde.