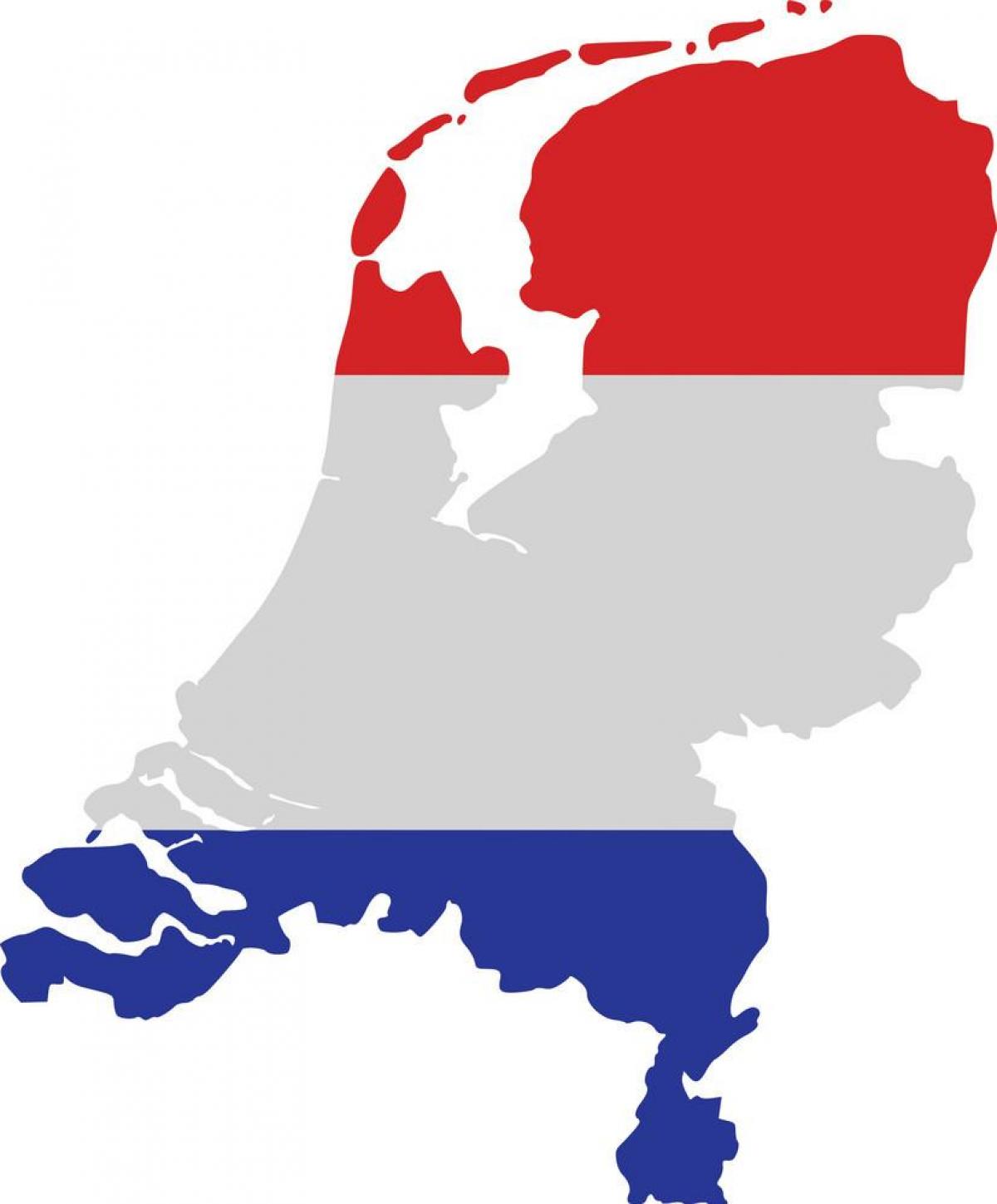 The national flag of the Netherlands is a tricolor flag. The horizontal fesses are bands of equal size in the colours, from top to bottom, red (officially described as a "bright vermilion"), white (silver), and blue ("cobalt blue") as you can see in Netherlands flag map. The flag proportions (width:length) are 2:3. The first stadtholder of the Dutch Republic was William I of Orange, who joined with Dutch nationalists and led the struggle for independence from Spain. Partly out of respect for him, the first flag adopted by the Dutch was a horizontal tricolour of orange, white, and blue. It became known as the Prinsenvlag ("Prince flag") and was based on the livery of William of Orange. The orange dye was particularly unstable and tended to turn red after a while, so in the mid-17th century, red was made the official color.

The Netherlands was annexed by France from 1810 to 1813, but, after independence was regained, the new Kingdom of the Netherlands again recognized the red-white-blue flag (see Netherlands flag map). The flag, most recently reaffirmed by a royal decree on Feb. 19, 1937, has inspired the use of the same colours in the national flags of other countries. Despite the visual similarity between the Dutch flag and the flag of Luxembourg, there is no documented relationship between the two designs.